Gluten-Free: History of a Movement

Gluten-Free: History of a Movement 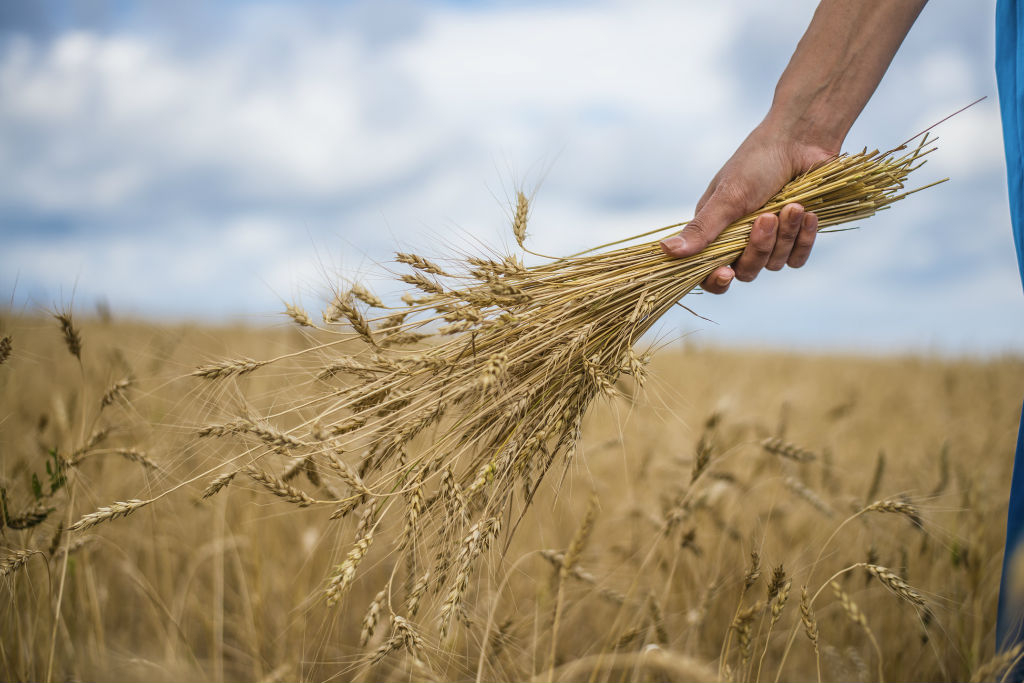 The history of the gluten-free movement is both interesting and relevant to more and more people every day. Most likely, gluten sensitivity and celiac disease have been with humans ever since our ancestors started eating grains. The first record of the symptoms of celiac disease comes from 100 AD when the Greek physician, Aretaeus the Cappadocian, known as Galen, described the characteristic stool of celiac patients. Anthropologists recently found the bones of a young Roman woman who appears to have died from chronic malnutrition due to celiac disease.

There are “bread-crumbs” to follow from ancient to modern times indicating that people have more or less always suffered from ingestion of gluten. What is less clear is what has happened in the last couple of decades that has increased the prevalence of celiac disease and non-celiac gluten sensitivity. There has been a four-fold increase in the diagnosis of celiac disease between 1990 and 2012 and it is believed that two-thirds of celiac cases go undiagnosed.

It is hard to make statements on the prevalence of non-celiac gluten sensitivity but it is easy to see that it has increased since it was not a recognized condition as recently as 10 years ago. There is, however, evidence to suggest that it may affect as many as 1 in 20 Americans.

Where does this increase come from?

Before we look at the factors that led to this increase, check out this infograph of great moments in the gluten-free movement’s history:

There are many theories and explanations floating around but no consensus. As with most things in this world, the answer lies in the interaction between people and their environment. People are changing their behaviors and their environment is changing faster than ever before. Let’s take a look at these two areas and the factors within them.

Because celiac disease presents in so many ways, it is not easy to diagnose. Until a few decades ago, it was generally believed that celiac disease only produced a handful of very uniform symptoms: stomach cramping, chronic diarrhea, bloating, and weight loss. In the past 10-15 years, we have learned that celiac disease produces a much wider array of symptoms than previously believed. We now believe that symptoms of celiac disease may also include chronic headaches, malnutrition, arthritis, skin rashes, osteoporosis, infertility, anxiety, depression, and even epilepsy in rare cases. This leads physicians to consider and test for celiac disease more often than they previously would have.

The tests themselves are better as well. In the past, tests relied on multiple intestinal biopsies, which required an individual to eat a gluten-containing diet for several weeks or longer. The tests would not necessarily catch cases of “silent celiac” in which extra-intestinal issues were the main problem. Though we still do not have a standard for testing, the options available to practitioners include genetic tests and a variety of blood and stool biomarkers that are more accurate and less invasive. So the combination of more tests being performed and those tests catching the illness more often may be playing a role in the increased diagnosis of celiac disease. Of course, these factors alone cannot explain the increase in celiac disease and gluten spectrum disorders.

In addition to the people being diagnosed by physicians, there are scores more who “self-diagnose” with gluten issues.  “Gluten-free” has become popular so more people are trying it and, while not all of those people really need to avoid gluten, many of them find that they feel better after eliminating wheat from their diet. What may have started out as an experiment based on popularity becomes a real change for the better in many people’s lives. 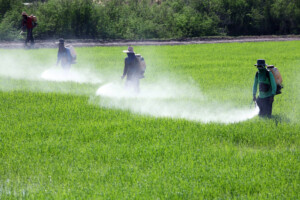 Of course, our environment plays a big role in our behavior. There is a theory that part of the increase in gluten sensitivity spectrum disorders is due to increased consumption of gluten along with industrialized processing practices. (Wheat is often sprayed with herbicide just prior to harvest to increase yields and to act as a desiccant for drying.)

Speaking of processing, this is another way that we are getting exposed to more gluten than ever before. Because the food industry uses wheat and isolated gluten as filler in many products – things like soups, sauces, dietary supplements, even white pepper – we are often unknowingly consuming more gluten than just what we find in baked goods.

There is an interesting theory that certain types of bacteria that can colonize our gut have an effect on the risk of developing gluten intolerance. This is a perfectly feasible theory as our gut bacteria perform many functions in digestion, immunity, hormone regulation, and even behavior. We do not yet have a complete understanding of all species of gut bacteria and what they are capable of.

What Does the “Gluten-Free” Future Hold? 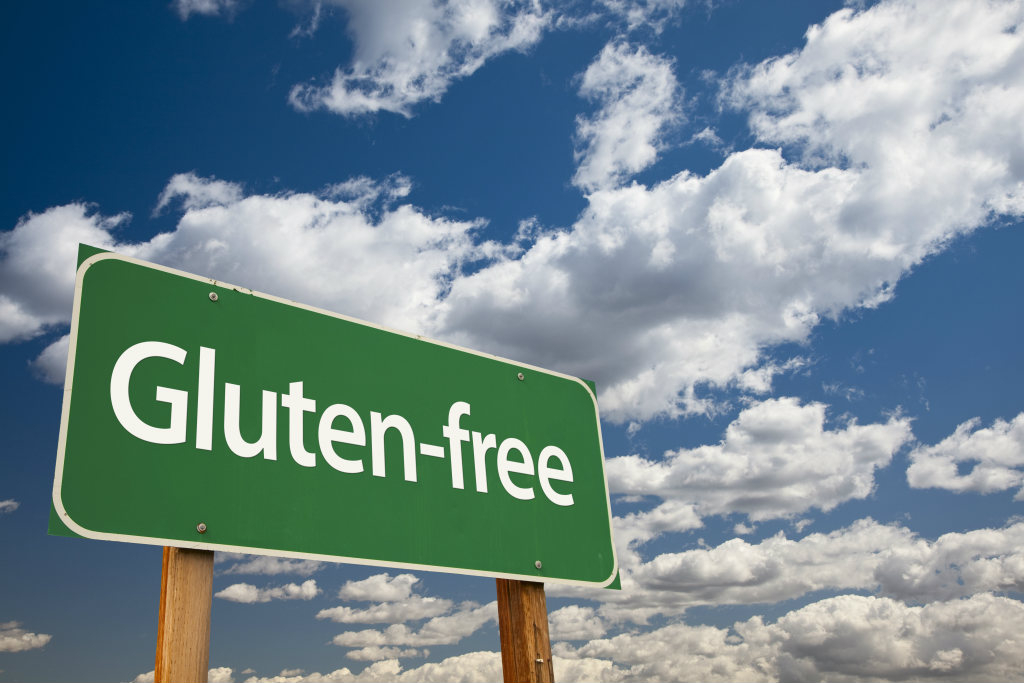 Though we can not say for certain why there has been such a huge increase in the number of people diagnosed with celiac disease and the number of people feeling the effects of non-celiac gluten sensitivity, we know that a rise in awareness has been a boon to those suffering from gluten issues.

There are more gluten-free products available than ever before for those with celiac disease who must be on an entirely gluten-free diet. Correspondingly, there has been a significant increase in the amount of research being done into celiac disease and non-celiac gluten intolerance. This means that more solutions are being introduced to the market and a greater understanding is developing within the healthcare community.

Because of the way our food supply is currently structured, gluten will remain in our lives for decades to come and “gluten-free” will continue its meteoric rise in public awareness. The smartest thing we can do is to find ways to reduce the risk that not being gluten-free poses to us.

How to Protect Yourself From Gluten 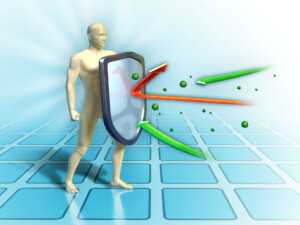 Even if you do not experience acute symptoms, there is good evidence that the gluten in your diet produces an immune response every time you eat it. This means that damage is being done to the lining of your gut on a repeated basis if you are eating wheat. If you are very healthy and lucky, your gut may heal quickly and you may never have a problem from this repeated insult. However, it is just as likely that this continual source of inflammation could lead to the development of more serious problems over time.

To stop this cycle of inflammation, you could try to stop eating gluten-containing foods entirely. There are an ever-increasing number of products on the market that are gluten-free versions of common foods. However, these are usually more expensive and, in our experience, not quite as good as the foods they replace.

A more cost-effective and easier way to heal your gut and protect against gluten is with a combination of enzymes and high-quality probiotics. Certain enzymes such a DPP-IV (Dipeptidyl Peptidase IV) aid in the breakdown of gluten so that your body does not mount an immune response in the small intestine. High quality probiotics will ensure that your gut is populated with the right kind of bacteria to aid in the digestion of gluten-containing products. GlutenShield® is our answer to this need.